Richard (Bud) Cass is the former President and Chairman of Advanced Cerametrics (ACI). He grew ACI from eight employees to 131 (domestically) with locations in New Jersey and Ohio. He also established spin off operations in India, Thailand and China. Since 2008, he has been the Managing Member of Bud Cass Consulting LLC, providing mentoring in both management and technical areas to senior corporate managers and owners. Mr. Cass holds 22 advanced materials patents, including the flexible ceramic invention that is the basis for ACI’s current business. He received the 2003 and 2007 R&D 100 Award for ACI, and led ACI to receive the 2007 Corporate Technical Achievement Award à the highest technical award in the ceramics industry. Among his many accomplishments, Mr. Cass co-invented smart, self-powered tennis rackets, skis and snow boards that became Head Sport’s flagship ‘Intelligence’ line of products. He currently serves as an officer and director of several companies, where he provides technical and management support. Bud can be reached at: rbudcass@aol.com. 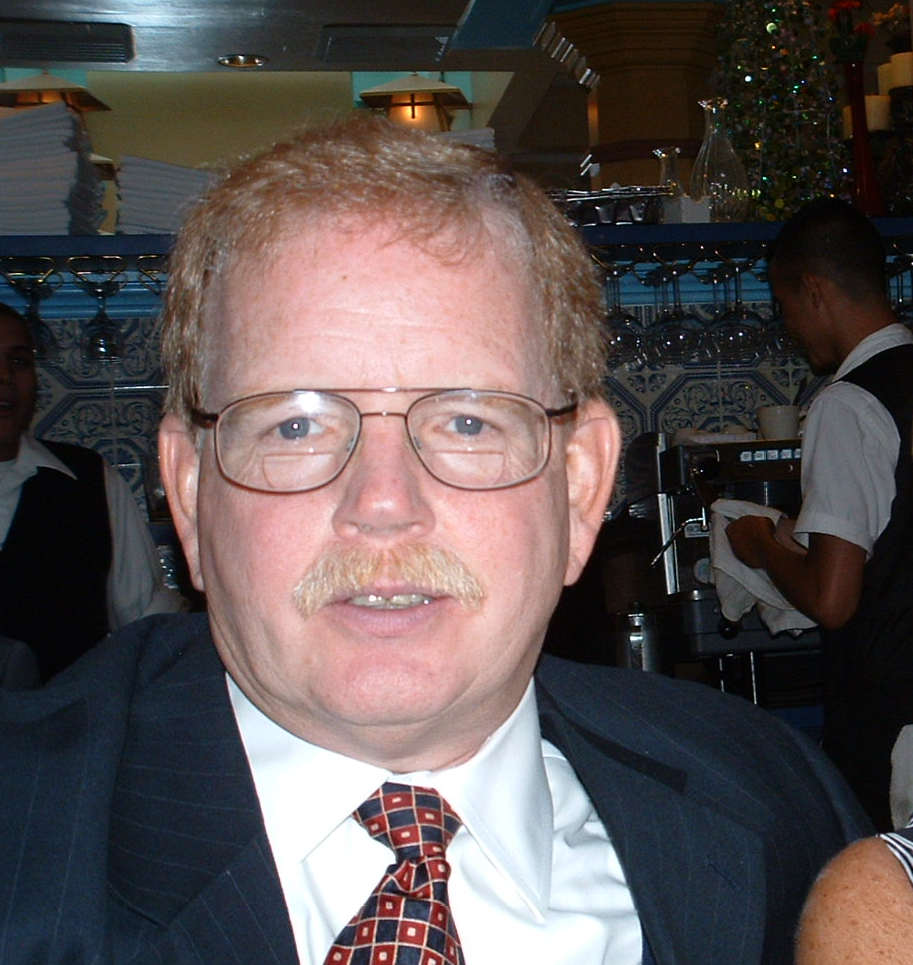 Ken has served a number of management roles in sales, marketing and business development for the past 35 years. Prior to consulting with a number of small engineering firms he was the Director of Operations for L-3 Unmanned Systems. His responsibilities included all aspects of business development as well as running flight services and production. In addition to supporting U.S. troops overseas, Ken has also provided products and services to most of the Federal government. Ken has a BS degree in Industrial Arts; he has completed numerous certifications in teaching, sales, program management, safety and federal contracting. Contact Ken Call directly at: kencass71@gmail.com. 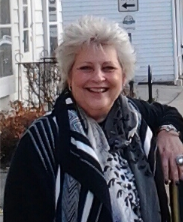 Ellen B. Clark is a marketing professional with specialized administrative, writing, editing and communications skills. She is the marketing administrator for National Restorations, a Richmond, Virginia based company that manages a network of wood restoration and repair experts specializing in furniture and cabinets. Concurrently, she volunteers as Mid-Shore’s administrative lead, responsible for chapter administrative functions. Ellen is also a client mentor. In her career Ms. Clark has done social media marketing, inbound and outbound marketing projects, sales and marketing research, consulting, project management, writing and editing. Ellen can be reached at ellenbclark@hotmail.com.

Steve Dolbow Joined SCORE in 2007. Most recently he was Vice President and Eastern Shore Market Executive for Capital One Bank, NA. His experience includes 46 years of management, marketing and technology consulting as well as innovation leadership; he has numerous awards for growth and achievement. Mr. Dolbow has led programs across the U.S., Europe and Asia. While serving on President Reagan’s National Small Business Council, he was recognized for his innovative approach to creating new products and services. Mr. Dolbow was awarded a Meritorious Service Medal by the Army. His publications include: Small Business Guide to Computer Selection (IBM 1987); eBusiness Solutions (CMP Media, 2000); Marketing on the Web, The Guide to Alternative Investments (ISI Publications, 2000); and Creating Value, (eBusiness Symposium, Turkey, 2000). Steve Dolbow can be reached at Steve.dolbow@gmail.com. 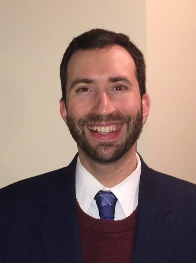 David J. Engelhardt has been a member of SCORE since 2012, and represents Mid-Shore on the lower shore region. He has 17 years’ experience in the financial services industry. Dave currently manages the M&T Bank in Laurel, Delaware. He has worked in various communities on Maryland's Eastern Shore, and understands the importance of helping people turn their business dreams into reality. Dave can be reached directly at: davidengelhardt@hotmail.com.

O. Edwin (Ed) French is retired President and CEO of publicly-traded MedCath Corporation from Charlotte, NC. His career experience includes senior executive in national organizations whether public, private, not-for-profit, foundation or investor-owned. Mr. French managed companies from start-up to multi-billion-dollar. His strengths include operations, business development and marketing. He was President and COO of a company that merged to create the nation’s largest oncology management company; plus, Mr. French was involved in three other major merger and acquisition transactions in health care in Denver, Charlotte, and Dallas. He has regularly lectured in the MBA program at the University of Colorado, and was the John Buessler Distinguished Lecturer in the Texas Tech University MBA/MD/PhD program. Mr. French has authored two books and presented at conferences including the CXO Leadership Conference, Las Vegas. He has consulted nationally and internationally with clients in London, Dubai, Hong Kong and Australia. Contact Ed French at frenchoe@aol.com.

George S. Howie is a past Chairman of the SCORE Mid-shore Chapter. He is retired from IBM with 28 years of service and held numerous executive positions in product development, systems engineering, international marketing, business policies and practices and human resources. Mr. Howie was also President and CEO of Concert Corporation, a successful Small Technology Business doing business nationwide. In that position he was responsible for every aspect of the business including product development, sales and marketing, manufacturing, inventory control, capital acquisition, human resources and the overall financial health of the organization. Contact George Howie at gshowie@goeaston.net.

Tony Kern has a long career in corporate finance, strategy and business consulting with PricewaterhouseCoopers and Deloitte & Touche. He has broad experience, both nationally and internationally, in a wide variety of industries. Tony has started and sold several companies. Currently, he is an investor at Pinoak Partners, an small group established in 2015 to invest in entrepreneurial companies on Maryland’s Eastern Shore. Tony can be reached at: darnallfarm@mac.com.

Michael J. Klein spent 40 years in the insurance industry as a broker, manager and investor. His last positions were President, Earl A. Klein Agency; and Chairman of the Board, U.S. Surety Company. Mr. Klein retired in 2008 and is active in a number of Talbot County based non-profit organizations. His expertise includes insurance, marketing, planning and accounting. Contact Mike Klein at Mklein@atlanticbb.net. 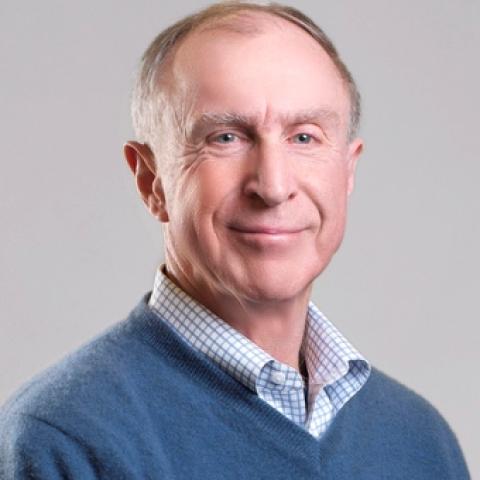 Cornelius L. Mhley is a Certified Public Accountant with 44 years of experience as employee, business owner and, through practice merger, principal in the mid-size accounting firm Santos Postal and Company, Rockville, Maryland. He currently resides in Easton, Maryland, where he has a part-time tax consulting practice. Cornel’s primary responsibilities on behalf of small business clients have included the satisfactory completion of accounting and tax compliance and planning, and the handling of inquiries from federal and state regulatory agencies. From association with SCORE since 2013, he is skilled in all phases of client business operations, including non-financial areas (especially sales and marketing). Cornel can be reached at clmhley@gmail.com.

Mike Thielke has 20 years’ experience in International Business, Distribution, Logistics and Transportation as well as 20 years in the non-profit sector. He is currently the executive director of the Eastern Shore Entrepreneurship Center (ESEC) which serves the startup and entrepreneurial communities needs of eight counties on Maryland’s Eastern Shore. In his role, Thielke provides entrepreneurial to commercialization leadership, and helps ensure that the Eastern Shore is part of Maryland’s startup ecosystem. ESEC initiatives include: ShoreVenture, a 10-week entrepreneurship training program; hotDesks, a network of co-working spaces; DT2i, a 30-hour tech transfer/commercialization course offered at four regional community colleges; and a $25,000 Eastern Shore Business Competition. Mike Thielke can be reached at mike@ventureahead.org.

Ray VanHorn has held various sales, marketing and general management positions with Morse-Borg Warner, Holo-Krome-Danaher and Snap-On Tools. He has experience with business to business sales and marketing including direct sales and through distribution channels. Mr. VanHorn has been a SCORE mentor for the past seven years, and has conducted numerous workshops for the organization. Ray VanHorn can be reached at rayvanhorn@gmail.com. 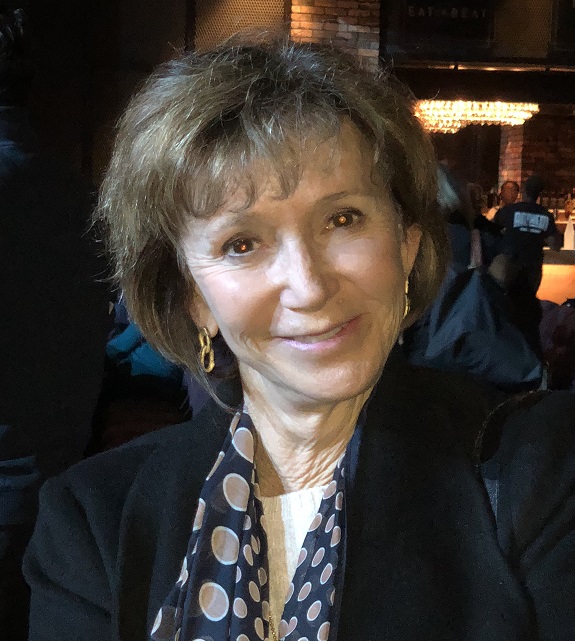 Gail R. Steckler was treasurere of Infrastructur Management Group, Inc, from 1996 until 2017. She handled the purchase of the firm from a larger entity, and established operating systems, internal controls, and all accounting and finance functions. She was responsible for all banking and accounting relationships including lease negotiations, insurance issues and corporate tax and certification matters. In 2004 Ms. Steckler helped found Washington First Bank, a DC area community bank. She served on their executive loan committee, reviewing loan structures and assessing business and credit risk. Prior to this, Ms. Steckler headed up tenant construction for Virginia Properties Associates, a commercial development firm. Gail has an MBA in Finance from The American University, and a BS in Landscape Architecture from the University of Wisconsin. She can be reached at: gsteckler1@gmail.com.